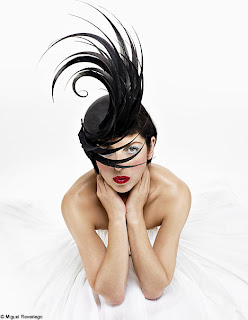 I hadn’t ever heard of Isabella Blow until I chanced upon her name being mentioned in the same breath as Coco Chanel’s in a blog. Now who hasn’t heard of Coco Chanel but I was equally intrigued with Isabella Blow’s life after doing a google search on her. She was the one who discovered the late designer Alexander Mcqueen and the famous super model Sophie Dahl. Issie as she was affectionately known as, bought Alexander Mcqueen’s entire graduation collection in 1992 for 3000 pounds which she paid off in installments of 100 pounds a week. She worked tirelessly promoting his work in the fashion circuit only to be left behind by him when he shifted to Paris to work for Gucci. She was known for her quirky sense of style especially the élan with which she carried off unusual hats. However towards the end of her life she suffered from severe depression and tried to kill herself numerous times until she finally succeeded doing so by injecting herself with weed killer.
Posted by Utopia at 9:50 AM No comments:

Sometimes the best thing you can do is to speak the truth and pray that the other person understands.The easiest thing in the world would have been to go about it the round about way. I did not do that. I suck at playing games and putting up appearances where people who are close to me are concerned. I might come across as the kinds who cannot be rude or cannot say a no on the face but if something does not feel right I know how and when to get my message across. Even if this is the oh so wrong time but I did what I thought was right and what I think is fair.
Posted by Utopia at 9:35 AM 1 comment: 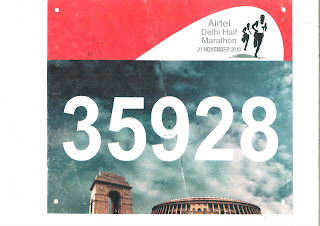 I got this in my mail box today first thing in the morning. :-) It is so amazing when such unlikely people believe in you.

Sending you the recommendations that I filled up for RC, this is so that you have a goal and dream that it can be done.
Remember every task has pitfalls and requires a challenge which one has to own self. Hard work, single minded focus, resoluteness, investment of time and emotions, dispassionate hard work, etc are required. Most of the people fail because they think the path to achievement is drudgery, people only succeed when they start enjoying the journey of going through the effort as motions of life and suddenly they find that success is at their doorstep.
Do your resolute best without attachments and results shall follow in one way or the other, Lord Krishna’s sermon in Gita is what needs to be followed – at least in my case I have reached wherever I am with with this solitary philosophy.
Aim for the stars and put in your best, you’ll realize that success, happiness and satisfaction are waiting to be your best companions in life.

And you cannot put me down. No you can’t and you won’t be able to keep me down. I’ll never lose my sunshine. I’ll rise again and again and again.
Posted by Utopia at 4:00 PM No comments:

Of sea and memories. 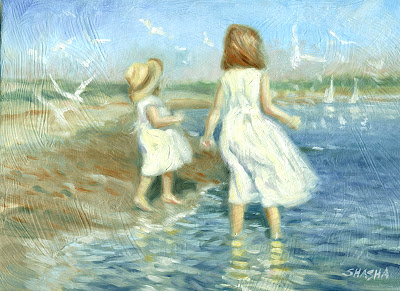 I am not going for that holiday I was supposed to go for today. It struck me last morning as I lay in bed and the alarm rang itself to a frenzy that my Manager will surely have a fit approving this holiday and that technically I have taken a holiday every month since June even if the first two were only for 3 days. I mean 3 working days. Hehehe! So no to Himachal and I am feeling a lil miserable. I mean I was so looking forward to my sojourn to the hills. I haven’t been to the hills since errrmmmmmmm 2005 and that was Kodaikanal. I realize I am a sea person. I love the sea. I think having lived in a hill station ( see Gangtok) as a child for two whole years some of the charm associated with hills and mountains has shorn off. I am the happiest child near water. Not that I am any water baby but I much prefer the spray of waves on my face and the salty after taste and the expanse of the wide wide ocean that stretches into eternity. Have you noticed how the sea looks different everywhere? In Chennai it can be this inkish blue in hot summer afternoons, in Pondicherry it was a sky blue that March evening, in Bombay it was grey and dark one morning in July as it rained incessantly, in Orissa that long ago summer day it was an azure blue, in Goa it was a delightful greyish greenish this August and in Pattaya it looked emerald green.

Everytime I think of Gopalpur on sea and Orissa I think of Dad. Guess I shall always associate those holidays with Dad and our long road trip that summer. All I can remember are endless roads, the pristine white deserted beaches, the prawn curry we had in that roadside dhaba and Baba in his customary black shorts, starched white t shirt and his cap. We were travelling in a white non ac ambassador off the coast of Orissa and it was the height of summers and strangely I don’t remember feeling uncomfortably hot. I was a little short of my 15th birthday. Little did I know Baba won’t be around 11 years later. I think sometimes we have a tendency to keep going back to our old memories. Guess it is human to do so. Everything associated with Dad has this novelty now. I am human after all. I am gonna miss him for the rest of my life.

Why do I have to sound oh so sentimental all of a sudden? Sigh! I was speaking to two old friends last night. One was the Economist and the other was Hazel Eyes whom I haven’t kept in touch with regularly after I left Bangalore. I was so happy when I heard Hazel Eyes got the job he did though he said he is being made to work like a dog but I believe Consultants have to work like a dog in their first project. So last night after keeping the phone I was reminiscing old times, Bangalore times, old Delhi times. Darn it has been so long but some days I still wanna go back to Bangalore and live that life fully and not leave everything half the way like I did. I hate these chapters that don’t have a proper ending. Or maybe that was the only ending that was supposed to be.

That was yesterday. This is all I have today and this is what I have to make do with. Good Byeeee people. Happy Diwali to all of you. :D

Utopia
India
"As someone told me lately everyone deserves a chance to fly. And If I am flying solo, at least I am flying free."